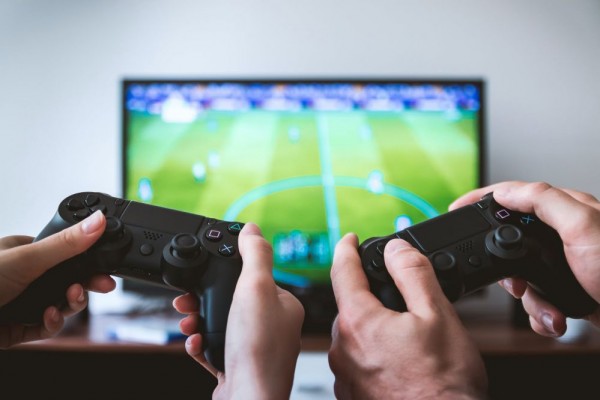 Are you bored with the games that exist lately? How about you guys make it? Do you guys have that idea? Now, everyone including you can make games with laptops and applications that you can download.

Of course, you can, but that doesn’t mean game development is easy. Do you know the game flappy bird or snake? It’s a simple game but requires a lot of effort to look and feel good to play. Thanks to free game development software, game creation is now efficient.

The following is a list of the best software for making games that you can use right now:

No need to code or program. Construct 3 is the best game development software to use if you have never learned about programming codes. It’s fully GUI driven here, meaning it’s all just drag and drop. Game logic and its variables are implemented using the design features provided in the construct application.

The advantage of the Construct 3 application is that it can export data to many platforms without the need to change the data format. After game creation is complete, it can be exported as HTML5, Android, IoS, Windows, Xbox, Linux, Mac, and more. 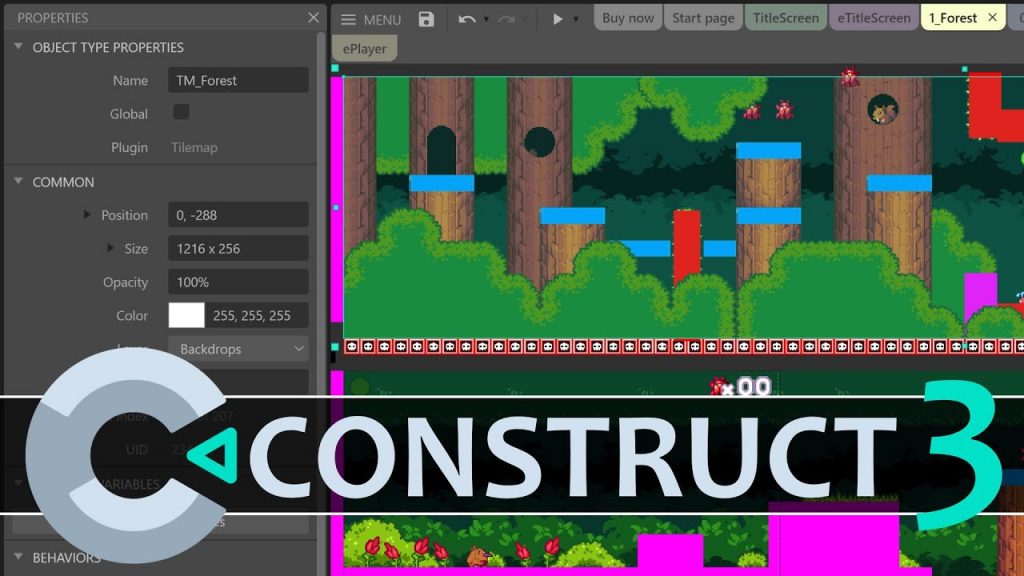 Construct 3 has some of the best and most comprehensive documentation ever for game development. Apart from that, there are hundreds of tutorials that will help you understand basic concepts for professionals, and it also has a very active community forum.

Some programmers only have basic practice in making games, music, or animation. But that’s not a problem with Construct 3, as you can browse and purchase ready-made assets from the Game Developer Asset Store. Most asset packs cost just a few bucks or even less than $1, but professional-grade models can cost $30 or more. You can buy sample games with helpful resources to learn new tips and tricks.

Construct 3 is also available in a free version which has core features that are limited to 25 events, 2 layer objects, 2 simultaneous special effects, 1 web front, and no multiplayer function and can only be exported in HTML5, and cannot be traded.

Unity was originally known as 3D in 2005 and finally added 2D support in 2013. Perfect for creating games of all shapes, sizes, 3D as well as 2D to 2D mobile. there is a high chance that you yourself have played games made with unity

Component-Based Design. Unity didn’t come up with the component entity design, but had a big hand in popularizing it, In short everything in a game is an object and you can attach various components to each object, where each component controls some aspect of the behavior and logic of the object. 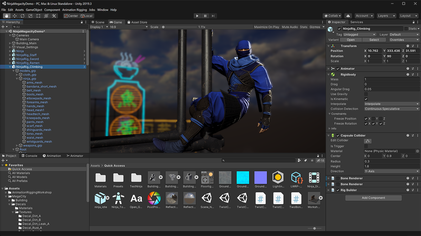 To get the most out of Unity, you should use C#. The good news is Unity is used globally, among veteran gamers, so you’ll find tons of great Unity tutorials to help with game creation. Unity itself also has video tutorials for beginners. 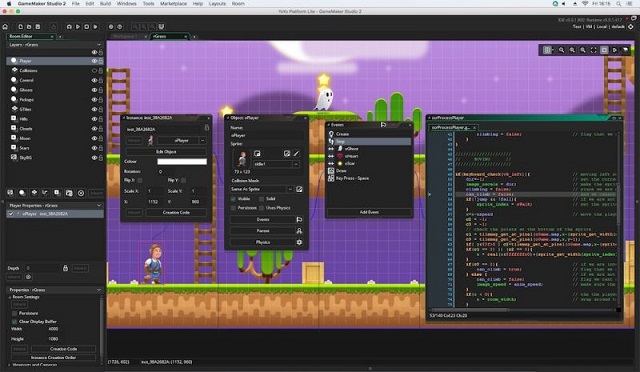 Drag-n-Drop Code. GameMaker Studio 2 is almost the same as Construct 3, which allows you to create games just by dragging and dropping menus or items that will be used for game logic. But not the same as a whole, but GameMaker has more advantages in the Game Maker language, namely using the C language with a lot of flexibility.

Once you’ve finished creating a game, it can be exported to a number of platforms such as Windows, Mac, HTML5, Linux, Xbox One, Nintendo Switch, and others. But for the free version, we can’t export it on any platform.